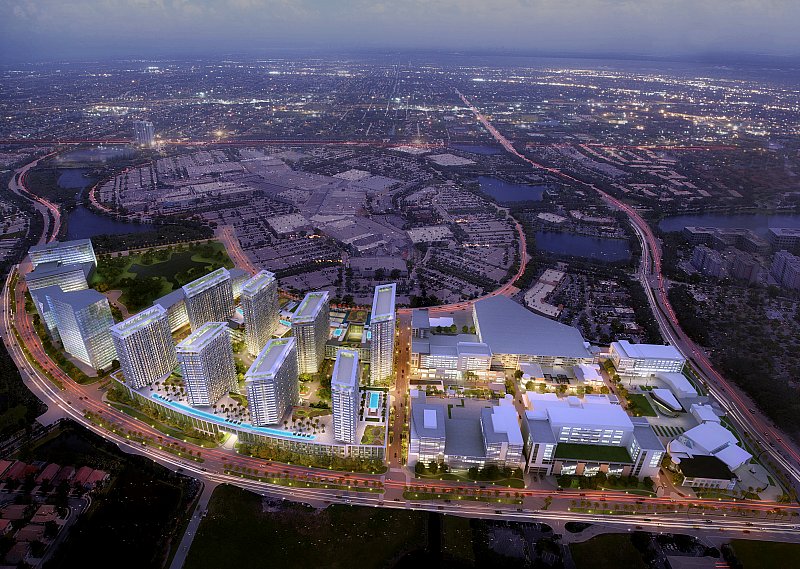 Sunrise is a larger medium-sized city located in the state of Florida. With a population of 91,256 people and 17 constituent neighborhoods, Sunrise is the 29th largest community in Florida.

Sunrise is neither predominantly blue-collar nor white-collar, instead having a mixed workforce of both blue-collar and white-collar jobs. Overall, Sunrise is a city of sales and office workers, service providers and professionals. There are especially a lot of people living in Sunrise who work in office and administrative support (18.57%), sales jobs (13.65%) and management occupations (9.26%).

Also of interest is that Sunrise has more people living here who work in computers and math than 95% of the places in the US.

Sunrise is an extremely ethnically-diverse city. The people who call Sunrise home describe themselves as belonging to a variety of racial and ethnic groups. The greatest number of Sunrise residents report their race to be White, followed by Black or African-American. Sunrise also has a sizeable Hispanic population (people of Hispanic origin can be of any race). People of Hispanic or Latino origin account for 27.69% of the city’s residents. Important ancestries of people in Sunrise include Jamaican, Italian, Haitian, German, Irish and English.

In addition, Sunrise has a lot of people living here who were born outside of the US (35.81%).

The most common language spoken in Sunrise is English. Other important languages spoken here include Spanish and French Creole.